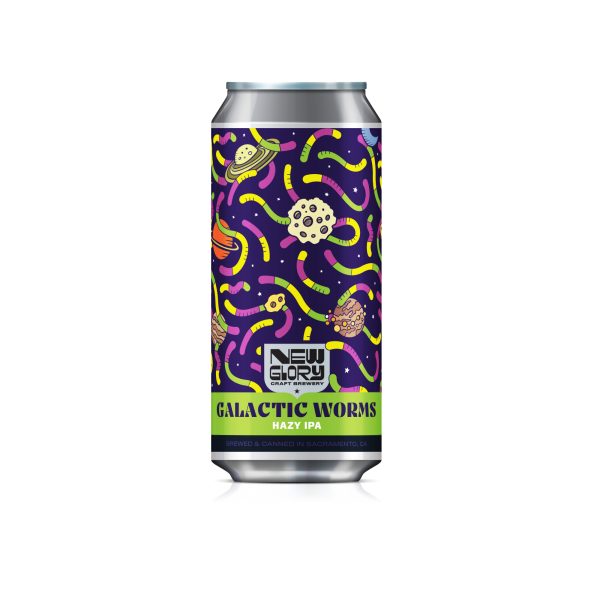 In an imaginary galaxy far, far away lives a tasty beer overtaken by giant, cosmic gummy worms. Inspired by its younger sibling, Gummy Worms Chewy Pale Ale, this IPA has a name for itself. It’s overrun with Galaxy, Amarillo, and Citra hops. Aromas of soft, tropical citrus fruits are followed by out-of-this-world flavors of zesty grapefruit and a hint of dank. Venture to the galaxy, but don’t feed the worms!